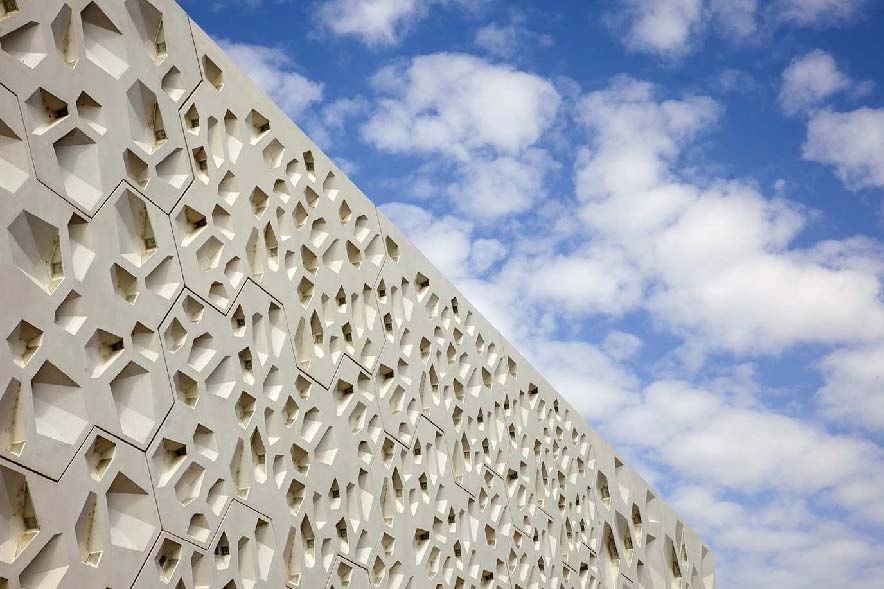 The building's facade is actually an enormous screen for creative displays.

The C3A facade looks like an intricate mosaic during the day, but at night it becomes a unique, dynamic media wall that interacts with the architecture in a very specific way. The 100-metre-long facade is made of 1,319 hexagonal cells. Each niche reflects and projects a built-in artificial light source. The intensity of each lamp can be adjusted individually to form a huge, irregularly shaped screen, a highly effective means of conveying digital information.

During daylight hours, the facade presents a three-dimensional landscape with no sign of the underlying technology. However, the tectonic and topographical modulation of the surface offers a playful composition of light and shadow that changes as the sun moves across the sky.

After the grand opening, this media facade will display the virtual creations of the Berlin-based firm Realities United, which will generate images and models on the River Guadalquivir.